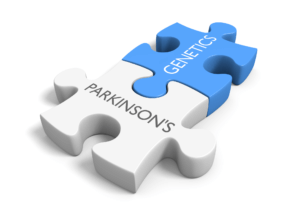 A 2016 study by Lehmann et al suggests that patients with a genetic form of Parkinson’s disease may significantly benefit from the supplementation of niacin. In the body, niacin is converted into a compound called nicotinamide adenine dinucleotide (NAD+), an enzyme used in the mitochondria of cells to produce energy. It is also used to repair damage to DNA caused by environmental and dietary insults. Researchers in this study found that by increasing levels of NAD+ was associated with distinct functional improvements, maintained healthy mitochondria and neurons, as well as increasing lifespan.

The genetic form of Parkinson’s disease is caused by a single nucelotide polymorphism (SNP) in the PINK1 gene that causes autosomal recessive Parkinson’s disease.  Although these SNPs cannot be corrected, integrative therapies may play an important role in minimizing the impact of these genetic variations. For example, aside from taking niacin, integrative offices like the Natural Wellness & Pain Relief Center, as well as others who are affiliated with the International College of Integrative Medicine, advocate and utilize these therapies to help specialized patient populations like this. For example, if a patient cannot tolerate niacin supplementation due to a flushing response, some integrative physicians may give their patients NAD+ directly, thereby bypassing the metabolic conversion required to convert niacin into NAD+. This may result in a more rapid therapeutic response, although this has yet to be confirmed in clinical trials.

According to Dr. Morningstar, chiropractic physician at the Natural Wellness & Pain Relief Center, there are many functional neurological activities that can also be employed for patients with Parkinson’s disease, especially in light of the fact that many of the frontline Parkinson’s medications come with unpleasant side effects. “When Parkinson’s disease is grouped under the larger umbrella of movement disorders, they are more common now than the number of cancer survivors, so this is an area that needs much more attention from the integrative medicine community at large,” says Dr. Megan Strauchman, medical director at the Natural Wellness & Pain Relief Center.

For more information on integrative treatments for Parkinson’s disease and other movement disorders, contact the Natural Wellness & Pain Relief Center at 810.694.3576. You can also visit them online at nwprc.com or their Facebook page.

Genetic Parkinson’s may respond to niacin

Select the article categories you would like to receive regular updates from when new articles are published.